Paul has been preserving family memories for a long time. He and his wife, Madeline, have inherited and collected things from parents, grandparents, uncles, aunts and their own travels. They wanted to preserve their heritage and share it with their children.

Paul has converted VHS and cassette tapes, 35mm slides, Kodak and Polaroid photos, 8-track tapes and plenty of old media into a current digital state. We can help you with this. Paul also is a long-time IT professional, so digitization is something he's comfortable with. 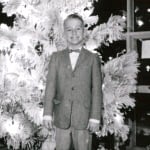 Paul began learning the preserving process several years ago. He and Madeline have traveled all over the world. In their travels Madeline has taken many thousands of photos. Paul began researching the best way to organize, preserve, back up and share those photos. This grew to include his and Madeline's family photos and objects.

Now years later, after many trials and tribulations, he's an expert!

Paul has worked in IT since the beginning of IT. In fact, he earned a master's degree from one of the first graduate programs for information technology in the United States. He's worked as a chief information officer for several international firms.

Currently he's founder and CEO or PAK Systems, an IT consulting firm, and founder of his travel blog, Go Go 2 Slow Go. He writes a lot and is working on a few books, including one for preserving family memories. Learn about his writing at Paul Kay. 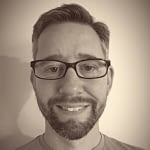 Jason earned a bachelor's degree in English and a master's degree in library and information science. During grad school he interned and later worked for an international archive.

This education and experience makes him uniquely qualified to edit a blog about archiving your family's memories. He also edits PAK Systems website and Go Go 2 Slow Go blog.

When he's not working on the blog, he spends time with his two daughters, creating his own family's memories.